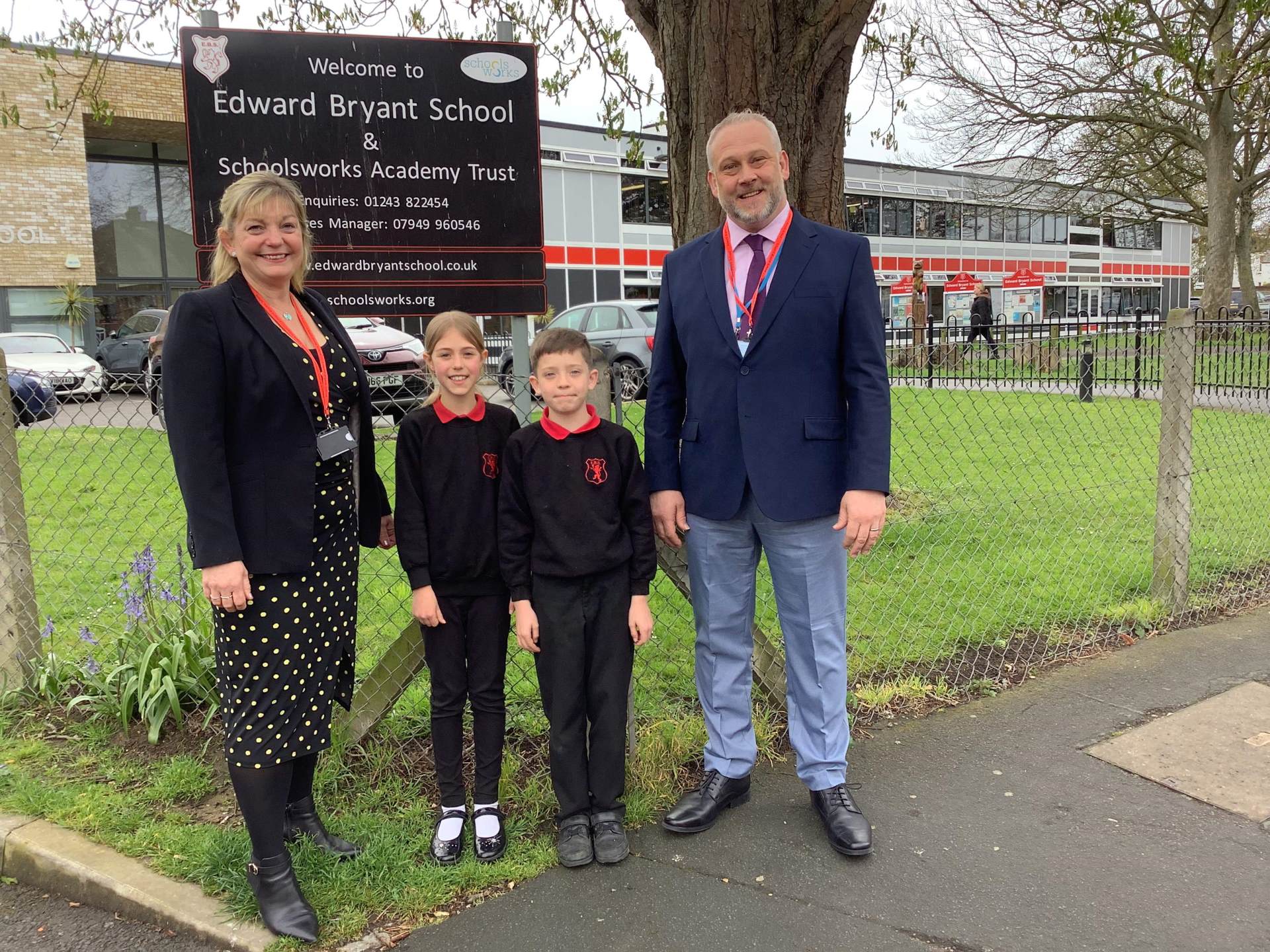 Our Bognor Regis school, Edward Bryant, has welcomed a new Headteacher to its senior leadership team. The start of the summer term saw Mr Charles Beckerson take up his new post to lead the 77 staff and over 617 pupils.

Charles was previously Headteacher at St Bartholomew's Church of England Primary in Haslemere, which he joined in 2006. During his time there the school grew in size from one-and-a-half to two-form entry, and undertook some significant music projects, which included the creation of a specialist music centre on the premises. A group of the school’s children also had the opportunity to record at Rak Studios in London which led to a No1 hit in the children’s iTunes chart and the chance to perform at the Barbican and the Royal Festival Hall.

We are delighted to welcome Charles to Edward Bryant and our Trust. Charles made a fantastic impression in his interview with the school’s children and staff, and his work at St Bartholomew's brings an exciting dimension to our own music programme. Charles clearly demonstrated his passion for being part of a MAT, and a larger, multi-cultural school, and we look forward to working together to shape the next phase for Edward Bryant and its children.

On taking up his new role Charles shared these thoughts: “Working within a MAT very much appealed to me, and I’m looking forward to being part of such a collaborative team. It’s exciting to be joining a growing and well-respected Trust, and I really liked the family ethos which is tangible at Edward Bryant and within Schoolsworks too. I’m particularly excited about bringing my musical background and skills into the school, and the Trust, and helping support this area of the curriculum."